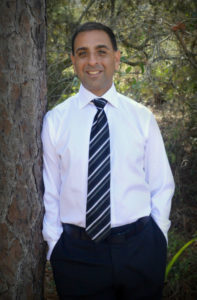 Dr. Zayd Ratansi is a licensed Naturopathic Physician with advanced certifications in hyperbaric medicine, bio oxidative medicine, low level light therapy, chelation therapy and environmental medicine. He received his BSc from the University of British Columbia in Vancouver and Doctoral of Naturopathic Medicine from Bastyr University in Seattle, Washington in 1998. Dr. Ratansi currently works as the Medical Director and Naturopathic Physician for Wellness Without Limits, LLC in Florida and also holds an active license in California and Washington State as a Naturopathic Doctor.

Dr. Ratansi began his practice in 1998 where he served as the medical director for the first private multi-place hyperbaric oxygen chamber in Canada. For the next 6 year he oversaw and directed over 90,000 pressurized hyperbaric oxygenation treatments, and fine-tuned a one-month recovery program for some very debilitating conditions. During this time, he served for 7 years as the medical director at the HOC Health Centers in Canada and the United States.

Dr. Ratansi specializes in the treatment of brain injuries and other neurological conditions using hyperbaric oxygen therapy. He lectures
worldwide on the use of hyperbaric oxygen therapy for neurological conditions and has played a leading role in implementing protocols on the use of hyperbaric therapy in the mainstream medical setting. He also has been extensively trained in Environmental Medicine and has helped implement safe detoxification and cleansing programs along with hyperbaric oxygen therapy within the spa industry helping to advance Medical Spas throughout the world Of note, Dr. Ratansi is an active member and trainer for the International Hyperbaric Association (IHA) and closely works with the organization to help advance the field of hyperbaric therapy, and trains physicians and doctors on safety, operations, and the proper use of HBOT.

His passion is to help integrate science-based natural medicine into conventional practice, and currently works as the medical director for Wellness Without Limits, a US-based company that closely works with fitness gyms, spas, and healthcare facilities, to implement these protocols within their fields.

You have selected the for

There are no refunds.